Creativity is a “hot” topic nowadays. An increasing number of trade publications aim at teaching people “how to be more creative.” But this approach to creativity is embedded within capitalist modes of production and consumption: creativity is a catch all word for enticing people to work harder, beat the competition and be successful in the workplace. Creativity is characterized as something that is achieved by intense concentration, and contemplation—making it an intrinsic, individual activity for those with the time, money, and resources.

But creativity also happens outside of this traditional view. Creative practices emerge within situations of hardship, where there is a lack of time, money, and resources. These practices are deemed illegal or subversive and have frequently been described as appropriation, but not “creative”. When slum dwellers in favelas or forced migrants in make-shift dwellings repurpose technology to improve their living conditions, they are not only appropriating technology: they are collectively recreating their context with technology and re-inventing themselves.

Mobile Networked Creativity is a creative process that relies on networked resources and mobility within an environment that connects people and technologies. For example, in the Zaatari refugee camp, where walking paths are unpaved and access to wheelchairs are limited, Safwan Harb looked to his surroundings to create an electric bike made from spare parts. In doing so, he wasn’t just inventing a wheelchair-bike, but he was making mobility possible by re-creating himself alongside the mobile-wheelchair/bike. As such, Mobile Networked Creativity is an ongoing relationship among people, technologies, and spaces. It is a creative process that is not concerned with the creation of new things. Rather, it is about the mobility of and networking of resources that can improve lives and facilitate survival strategies. 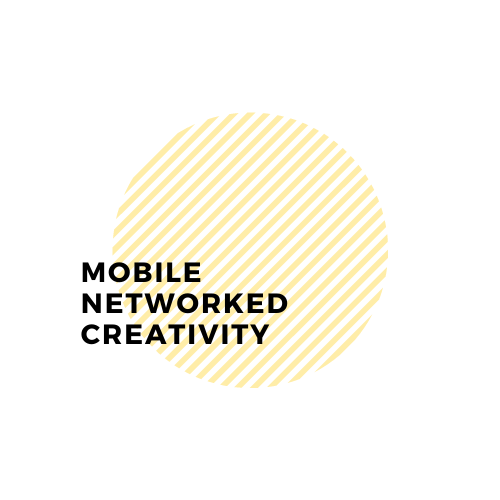